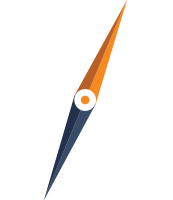 What is Panic Disorder?

A panic attack is a sudden episode of overwhelming anxiety and fear which triggers severe physical reactions when no actual danger or clear cause is present. When panic attacks occur, people may feel they are losing control, having a heart attack (many people actually head to the hospital emergency room), or even dying. Most people who have panic attacks only have a few “attacks” throughout their lives. Panic disorder occurs when the person experiences recurrent panic attacks and lives in constant fear of another “attack.” Sometimes panic disorder is accompanied by agoraphobia. Agoraphobia is a fear of having a panic attack in a situation where escape would be difficult, embarrassing, or where help is not available. These fears result in avoidance of many situations (traffic, crowded places) and have major impacts on the person’s everyday life. People with agoraphobia may not leave their home due to fear. Although panic attacks can significantly affect a person’s quality of life, treatment can be extremely effective.

How Prevalent is Panic Disorder?

The specific cause of panic attacks or panic disorder is unknown, but it is believed that a combination of stress and genetics play a role. Some research suggests that the body’s fight-or-flight response to danger is involved in a panic attack. For example, if a bear is charging, a person’s body would react automatically. Their heart rate and breathing would speed up to prepare for a life-threatening situation. This response combined with environmental stress, a person’s stress tolerance, and temperaments (in general some people are more anxious than others) contribute to panic attacks. Panic attacks result in panic disorder because after a person experiences a panic attack they begin to fear that body sensation (chest pain) will have extreme consequences (their heart will stop) and they become consumed by fear of experiencing these feelings again.

How Do I Know if I Need Help?

An untreated panic disorder can be devastating because it interferes with relationships, school, work, and all areas of life. If a person is struggling with repeated unexpected “attacks” of intense fear or discomfort for unknown reasons and feels that their lives are limited or controlled by a fear of future attacks, they should seek help.

What Are Some of the Signs and Symptoms of Panic Disorder?

Panic attacks usually peak within ten minutes and the person often feels fatigued after having an episode. People often are convinced during the “attack” that they are dying and describe a panic attack as the most distressing experience they have ever had. Some common panic attack symptoms are a sense of impending danger, rapid heart rate, hyperventilation, sweating, chest pain, and feeling faint. As a response to panic attacks, people fear the next attack and often avoid places or situations where they have had panic attacks. Recurrent panic attacks and a consuming fear of future panic attacks that result in major problems in an individual’s everyday life are the primary symptoms of panic disorder.

Getting the Help You Need

Treatments typically include medication and counseling. Counseling can help the person understand panic attacks and panic disorder and learn better ways to cope with them. Cognitive behavioral therapy can help people learn that panic symptoms are not dangerous by re-experiencing the symptoms of a panic attack in a safe, supportive setting. When panic symptoms no longer feel life-threatening, the attacks reduce or cease. Psychotherapy can help you take back control in your life.

Our wounds are often the openings into the best and most beautiful part of us.

Every form of addiction is bad, no matter whether the narcotic be alcohol, morphine or idealism.”

Do not brood over your past mistakes and failures as this will only fill your mind with grief, regret and depression. Do not repeat them in the future.